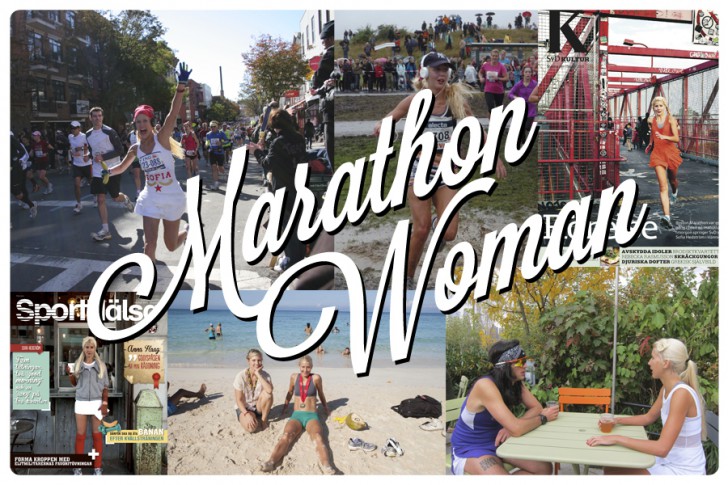 The adventurous TV reporter Sofia Hedstrom started running in 2007 to balance out her not so down to earth lifestyle and was hooked right away. Soon she started mixing her strict work ethics with her newfound dedication to running, brought her sneakers on all reporter trips and did not let rain in Buenos Aires, rude Parisians or dangerous gangs in Mexico City stop her from running. Not even a work trip to Antarctica

Sofia Hedstrom always adds her quirky fashion sense to running and have now completet seven marathons in dresses, among them Boston, New York and Jamaica Reggae Marathon. Running in style is her passion and that is just one of many reasons why she will never pass you by unnoticed.

Sofia Hedstrom is a columnist for Runner’s World Sweden and the fitness expert at Elle Sweden. She also blogs daily at Elle about running. She has also hosted her own show about running at Swedish National Public Radio.